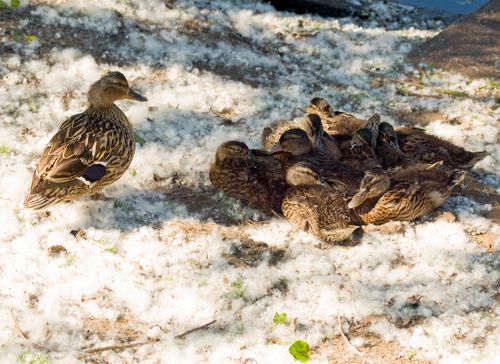 The weather has been getting colder every day for a week.  This morning it was in the upper 30s at dawn.  By now most of you have turned on your heat, but not us.  We’re toughing it out until we get a new furnace.  The old one won’t turn on and rather than pay to fix it I thought we could cope without it until the furnace man comes with a new one on Friday.

This plan has resulted in a couple of “learning experiences.”

First, we’ve learned that 60 degrees feels great outdoors but when you’re inside it’s like Antarctica, especially when it was summer last week.

On Tuesday I was really crabby and could not figure out why.  Eventually I put on my coat (though I was indoors) and suddenly felt fine, even happy.  I was crabby because I was cold.

We’ve discovered which rooms are warmer and are spending our time there.  So why is the basement warmer than the living room?  Cold air should be falling to the basement – and it is – but the water heater is running more often and its metal exhaust vent warms the room enough to make a difference.

And finally, we’re huddling.  We huddle at night just like the ducks in this picture and our cat finds a crack to sleep between us.  Emmy seems so affectionate right now.  I hope she remembers to love us when the heat is on.

(Ducks in a huddle from Shutterstock)

p.s. Emmy has many names including Emmalina.