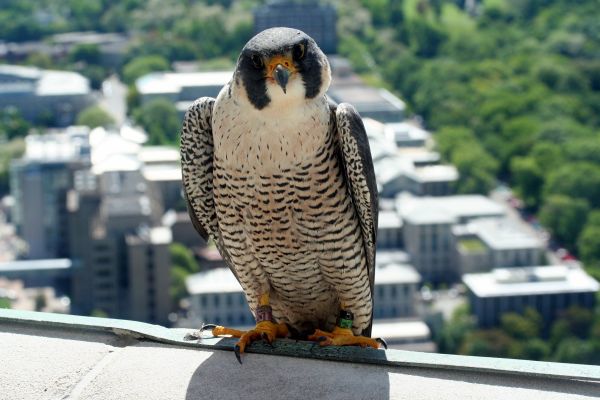 If a peregrine lives long enough she can represent four generations all by herself.

This is the case with Dorothy, the female peregrine at the University of Pittsburgh.  This year she’s a mother, as usual, but she’s also a grandmother and great grandmother at the same time.