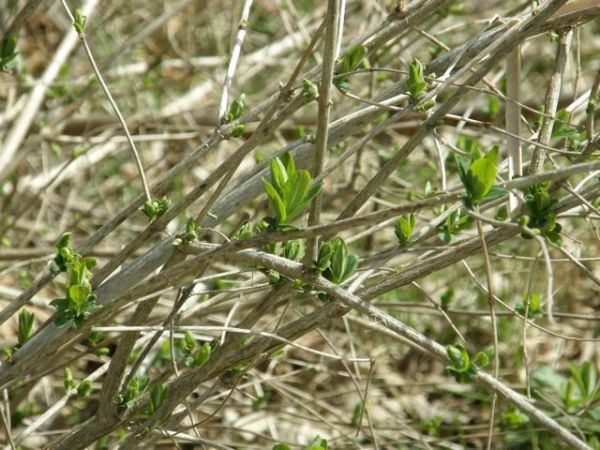 It’s not only scary, it’s true!

A team of scientists with tick expert Brian F. Allan from Washington University in St. Louis conducted an extensive study of the relationship between ticks, deer and the invasive plant known as bush honeysuckle.

Though the study was done in the suburbs of St. Louis what they learned applies to Pennsylvania as well.  Namely, that in dense stands of bush honeysuckle there are a lot more deer than usual, a lot more ticks than usual, and a higher proportion of the ticks carry disease.

A lot of ticks?  You bet!  One of Brian Allan’s tick traps caught 5,000 nymphal stage ticks in a single location.  Ticks don’t walk far to get a meal — less than 10 feet — so that spot in the honeysuckle was loaded and dangerous.

Even worse, when they ground up the ticks and tested the mash for bacterial and deer DNA, they discovered that ticks found inside the honeysuckle zone were 10 times more likely to carry bacterial disease than those outside — and they caught it from deer blood.

People used to think that deer liked honeysuckle for its berries but the researchers proved the deer don’t care about the fruit.  Deer hang out in the honeysuckle because it provides great cover.  It’s 18% denser than our native vegetation and it’s first to leaf out in the spring (it’s the only green shrub right now) and it’s last to lose leaves in the fall.  Deer love it.  They sleep there.

The result is that you’re much more likely to catch a tick-borne disease if there’s a lot of bush honeysuckle around.  In Missouri you’ll catch Ehrlichiosis, in Pennsylvania, Lyme disease.

Bush honeysuckle is everywhere, especially in parks and gamelands.

But there’s one positive take-away.  This news may prompt people to try harder to eradicate bush honeysuckle — and that would make our native plants very happy.

Read more about the study in this October 12, 2010 article in Science Daily.  Don’t miss Brian Allan’s description of his tick trap.

(photo of bush honeysuckle leaves in the Spring by Marcy Cunkelman)