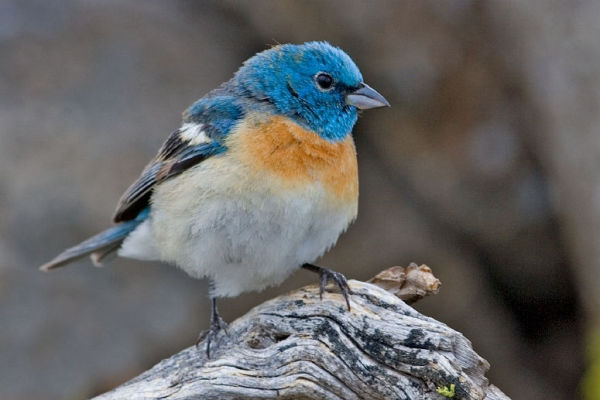 It may be too early in April to find this bird in southern Nevada but I will try.

The lazuli bunting spends the winter in Mexico and summer in the western U.S.  In late April, the only time I’ve ever seen one, it’s passing through.

Lazuli buntings prefer weedy fields and grassy clearings so I look for them at Corn Creek Field Station at the Desert National Wildlife Refuge about 23 miles north of Las Vegas.  Corn Creek flows through the site and is the only water for many miles around so it’s a magnet for wildlife and a must-see location if you’re birding in southern Nevada.

However, indigo and lazuli buntings can hybridize.  Imagine the identification challenge when confronted by a female hybrid.  Only an expert would know for sure — and that won’t be me!

7 thoughts on “The Bunting Of The West”