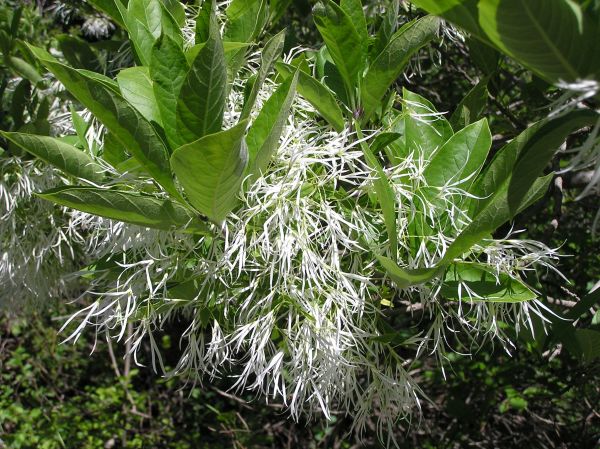 Here’s a beautiful, small tree whose name escaped me until Dianne Machesney sent me a photo.

At the northernmost edge of its range it’s considered Threatened in Pennsylvania, but landscapers plant it as an ornamental. That’s why I see it in Schenley Park and Dianne found it in North Park.

Keep an eye out for this beautiful tree.  This one is native — not the same as the Chinese fringetree.  It’s worth a look.