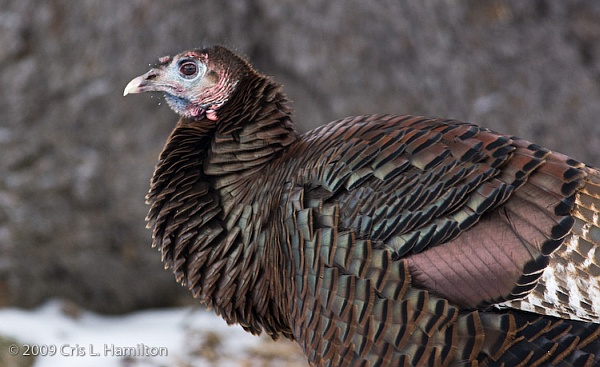 The most fascinating principle I learned from Michael Pollan’s Botany of Desire is that the plants humans want (desire) are the ones that thrive.

Thanksgiving is a good reminder that this principle applies to turkeys, too.

Humans have probably hunted wild turkeys since Native Americans first arrived on this continent.  The pre-Columbian Mexicans domesticated wild turkeys between 800BC and 200BC.

When Spanish conquistadors arrived 2,000 years later, in the early 1500s, they agreed that domestic turkeys were quite tasty and shipped some back home.  Turkey became such a popular food in Europe that when the English settlers came to North America they brought domestic turkeys with them.

Wild turkeys were at their peak.  Then things went downhill.  Over the next 200 years habitat loss and unregulated hunting decimated the wild turkey population until there were only a few thousand left in Pennsylvania.

They could have gone extinct in eastern North America.  Our desire brought them back.

In the late 1800’s Pennsylvania realized that hunting had to be regulated.  The newly formed Pennsylvania Game Commission banned turkey hunting and rebuilt the population by stocking birds from Mexico.  Then in 1929 they began a propagation program that raised wild turkeys for release into the wild.

This combination worked so well that today Pennsylvania’s wild turkeys have a thriving population of over 360,000 birds.

Wild turkeys are smart about predators, as we learned on PBS’s My Life as a Turkey. They’re wary where hunted but relatively easy to see in Pittsburgh’s suburbs and city parks.

So on Thanksgiving Day it’s interesting to reflect that most of us eat domestic turkeys.  Our desire to eat them nearly extirpated wild turkeys and that same desire brought them back.

Turkeys could be a chapter in the zoology of desire.

p.s. If you missed My Life as a Turkey on PBS, you can watch the full episode online here.

7 thoughts on “Zoology of Desire”