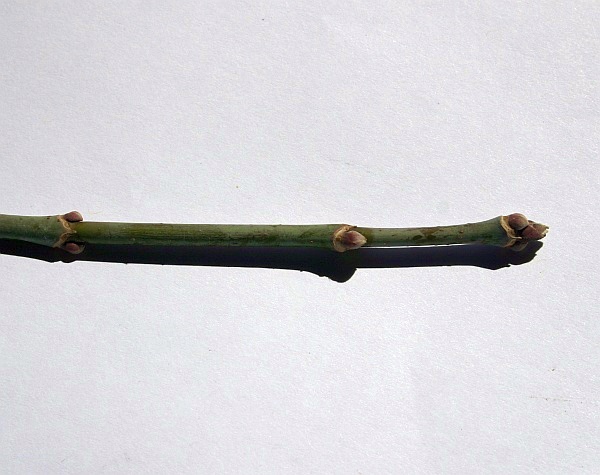 No discussion of western Pennsylvania’s trees would be complete without including the Norway maple (Acer platanoides).

As its name suggests this tree is native to Europe, growing as far north as Norway, south into Greece and Iran, east into Russia.  It was brought to North America as an urban shade tree because it survives well in compacted soil and air pollution.

Unfortunately it survives too well.  The Norway maple naturalized on this continent and easily became invasive because it releases chemicals in the soil that inhibit the growth of underbrush and native saplings.  In addition, native animals and insects prefer to eat North American maples more than this import. With these competitive advantages it’s no wonder you can find pure stands of Norway maples with bare ground beneath them.

Normally I recognize Norway maples by their twigs and buds.  The buds are opposite on the stem, reddish and turban-shaped with a slightly larger end bud.  In the photo above, taken in Schenley Park in November, the twig is green with reddish turban-shaped side buds and an end bud that looks like it’s opening.  The twig below conforms more closely to the typical description of Norway maple buds.  There are many cultivars in Schenley Park including a variety with purple leaves so my photo may differ for that reason. 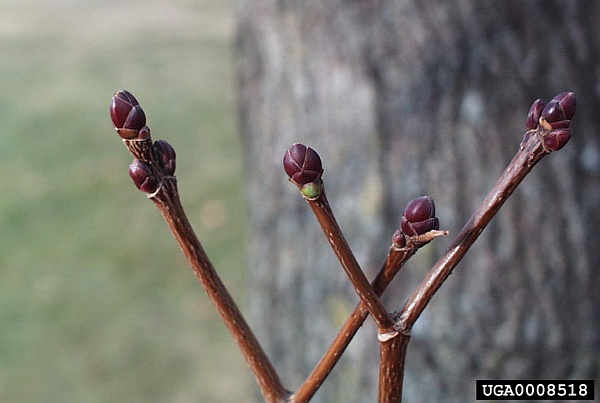 Norway maple seeds are easy to recognize because the samaras are nearly 180 degrees apart.  Other maples have “wings” that droop.  You’ll see some of these seeds and their stalks on the trees in the winter. 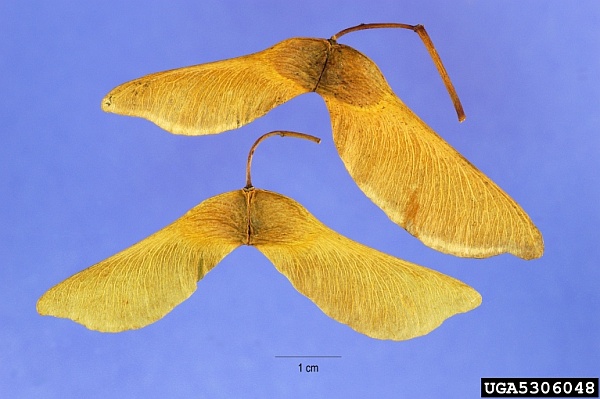 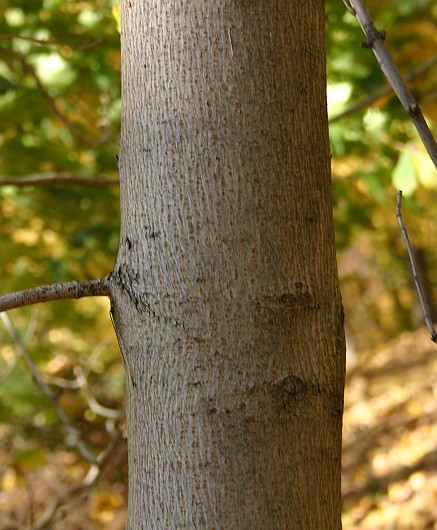 On older trees it has narrow stripes and shallow furrows. 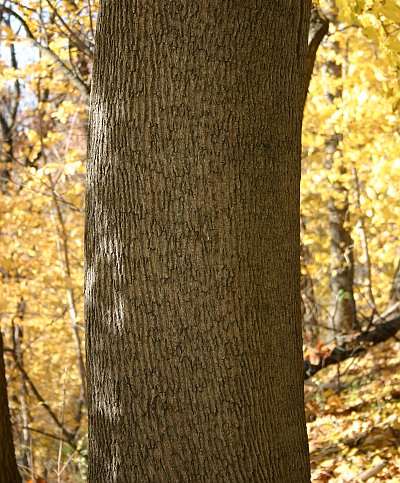 Norway maples are easiest to recognize in late fall because they’re out of synch with our seasons.  They retain their yellow leaves into mid or late November and lose them only after our native maples are bare.