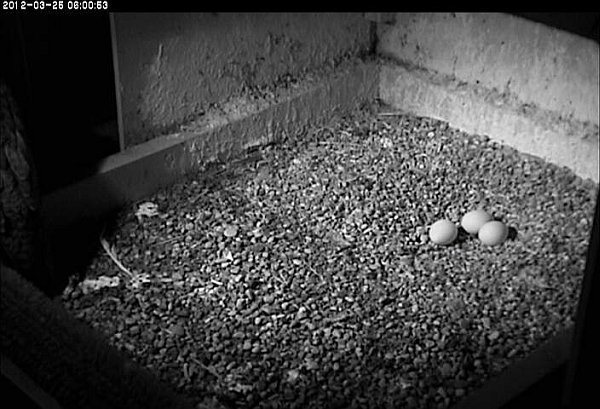 It’s an hour before dawn and Dorothy is sleeping on the perch in front of her nest.  (See her at the left edge of the photo.)

The fact that she isn’t incubating her eggs indicates she will lay at least one more, possibly two.

Peregrines don’t begin incubation until their clutch is nearly complete.

So we’ll have a couple more days of egg-watching …  and then she’ll begin The Big Sit.

(photo from the National Aviary falconcam at Univ of Pittsburgh)

5 thoughts on “More Eggs To Come”