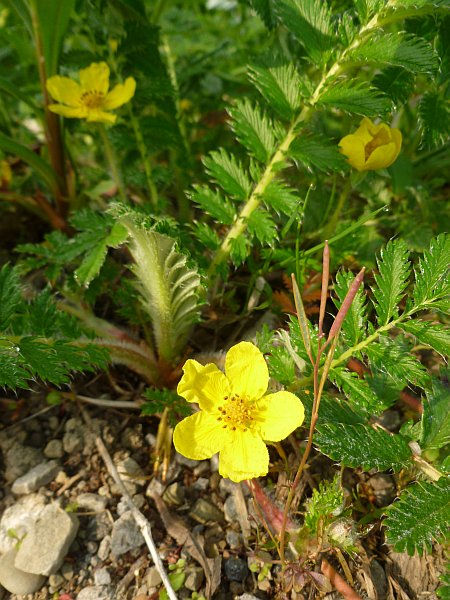 Yesterday I wrote about a rare butterfly, today a flower that’s rare in Pennsylvania.

Silverweed (Argentina anserina, formerly Potentilla anserina) is a low-growing plant of sandy soil that spreads by runners.  It’s called silverweed because the hairs on its leaves give it a silver sheen. In Pennsylvania the only place it grows is Presque Isle State Park because that’s the only location with suitable habitat.

On a worldwide basis silverweed is not rare at all.  It occurs in the northern hemisphere in Europe, North America and Asia.  It’s as wide-ranging as Iceland and Tibet.

But for us it’s a treat to see.  Dianne Machesney found only one plant at Presque Isle last Monday.