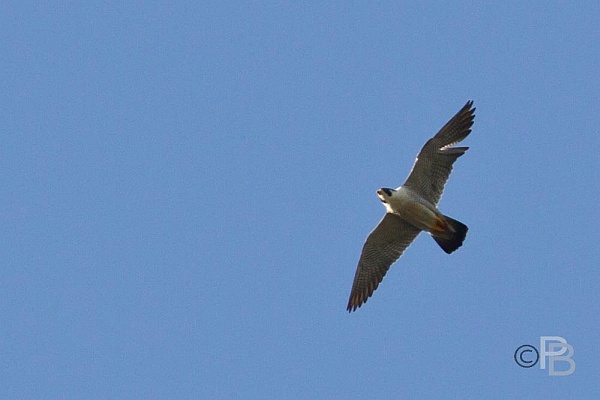 On May 2 I wrote that Karen Lang and I had seen a third peregrine annoying The Cathedral of Learning pair and that E2 attacked the intruder and chased him away.

Soon after the incident we noticed that E2’s left wing had a gap in it, probably from the aerial fight.

Thanks to Peter Bell here’s what it looks like.

If you watch E2 flying, the gap isn’t always visible because the two primary feathers are still present.  Attached but bent, they flop a little.  Fortunately the damage doesn’t seem to affect his ability to fly and hunt.

Chances are good the gap will disappear after he molts this summer and replaces those two feathers.