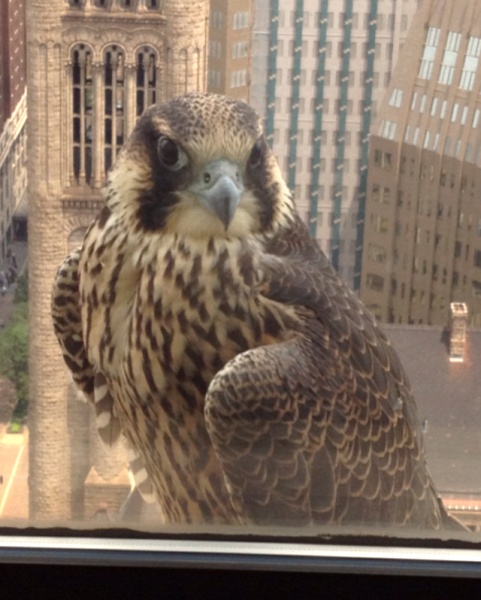 This juvenile peregrine falcon posed for his portrait last summer in Downtown Pittsburgh.  He, or she, is probably one of Dori and Louie’s “kids” from last year’s nest on Third Avenue.  Perhaps the only one.

I learned about this portrait last week.

On July 3rd around 12:30pm, Jim noticed the outline of a large bird on the sill outside his window.   He wanted to raise the blind but he feared the bird would fly away so he took this picture beforehand. 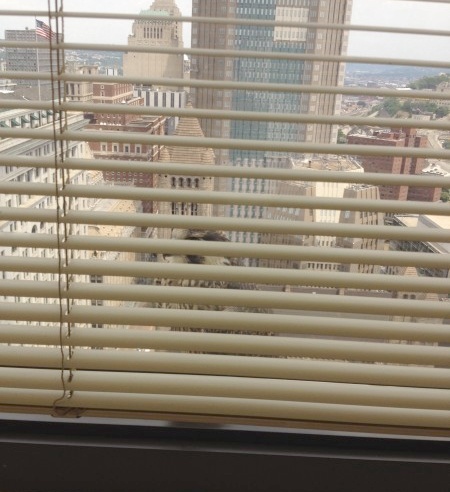 When Jim raised the blind the bird didn’t leave.   “Hello.” 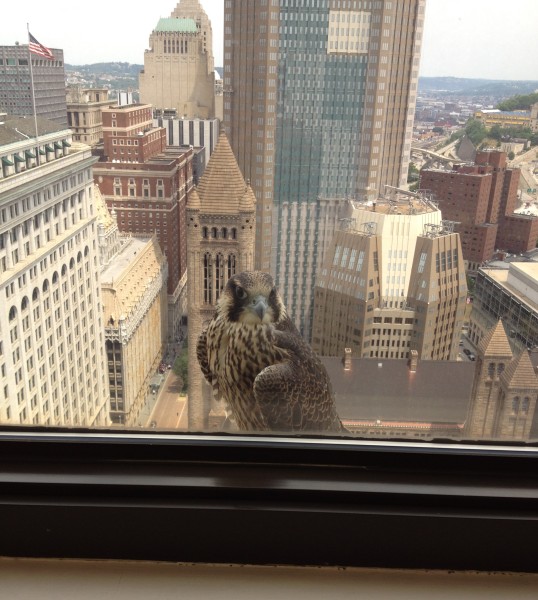 What was the peregrine doing there?

My hunch is that this youngster was taking a break from the heat.  He’s in the shade holding his wings out and has an open notch of feathers on his breast.   The combination of all three cooling strategies lead me to believe this windowsill was one of the coolest spots in town.

And it certainly was for Jim!

Thanks to Jim Logan for sharing this glimpse of Dori and Louie’s 2012 success.

10 thoughts on “Portrait Of A Young Peregrine”