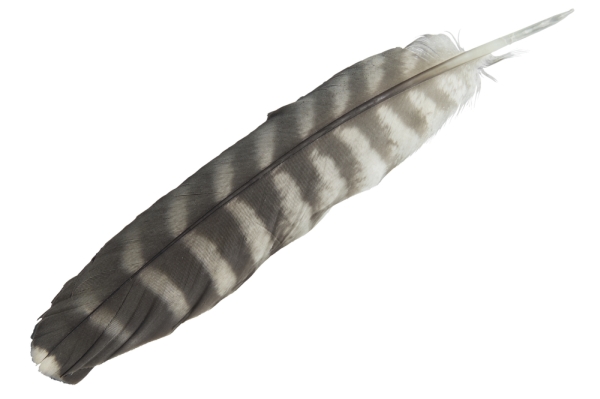 Though Pitt’s peregrines, Dorothy and E2, are courting again today’s solstice will change that.

All living things have endogenous biological clocks that can run without light cues but we get out of synch with each other and the seasons in the absence of our external timekeeper, the sun.   Today our clocks struck twelve and began to head down again.

For peregrines in northern mid-latitudes the summer solstice ends their breeding cycle (initiated by the winter solstice) and triggers molting and preparation for migration.

Molting is a chilly and energy intensive activity in which birds replace all their feathers.  Since feathers provide warmth it’s cold to lose them.  Growing thousands of new feathers requires protein, increased blood to the feather sites, and changes in the birds’ calcium distribution.  And while flight feathers are being replaced flying is somewhat less efficient, an important consideration for precision-flying peregrines.

It makes sense to schedule this activity for a time when food is abundant and temperatures are warm.  Dorothy and E2 molt their flight feathers in July and August.  Good timing!

Our peregrines don’t migrate but arctic peregrines face an additional challenge.  They begin their molt in the arctic but don’t have time to complete it before they must leave on migration. Their bodies have adapted by starting the molt in the arctic, pausing during migration, and resuming at their wintering grounds in South America.  Very ingenious!

So when the sun paused this morning our birds got in synch.

We did too, we just don’t realize it.

(photo of a peregrine falcon tail feather from Shutterstock. Today’s Tenth Page is inspired by page 262 of Ornithology by Frank B. Gill.)