If you live in North America this fact is amazing:  House sparrows are an endangered species in Britain.

I learned this when I read John Metcalfe’s article called Making Cities More Bird Friendly With Nesting Bricks.  In it he describes a new brick specially designed by Aaron Dunkerton and manufactured in England to provide habitat for nesting house sparrows.  Before mortar is applied it looks like this.  (Click on the bricks to read about them.) 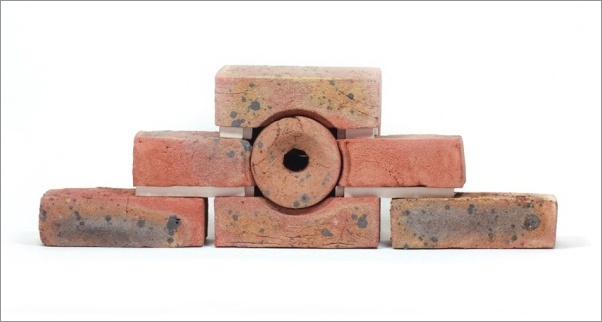 House sparrows are the most widely distributed wild bird on earth.  Why are they so endangered in the U.K. that people invent ways to help them?  Here’s what I found out.

Despite many studies a single cause has not been found and no other urban/suburban bird has experienced a similar decline.

With so many factors in play there’s no simple answer to the house sparrow’s mysterious disappearance.  In the meantime they continue to decline and Britons miss them terribly.

If it would work I’d package some of ours and send them to England.  We have a house sparrow surplus right now.

(photo of a house sparrow in California from Wikimedia Commons. Nesting bricks by Aaron Dunkerton.  Click on the images to see their originals.)