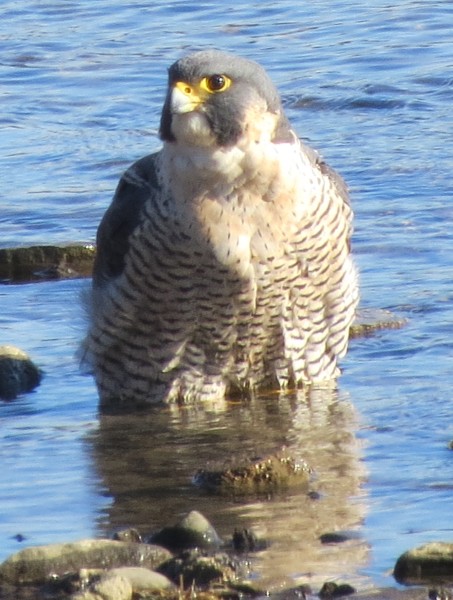 Yesterday, while the Christmas Bird Counters were absent from Duck Hollow, Michelle Kienholz stopped by to take a run on the Duck Hollow Trail.  Surprise!  From the parking lot she saw a peregrine falcon taking a bath in the Monongahela River.  Very cool!

A long time passed — at least 10 minutes — and the peregrine continued to stand in the water.  Michelle noticed a fisherman in waders standing further out than the peregrine but the falcon didn’t leave.  Why was it staying there so long?  Was something wrong?  She emailed me with a snapshot. 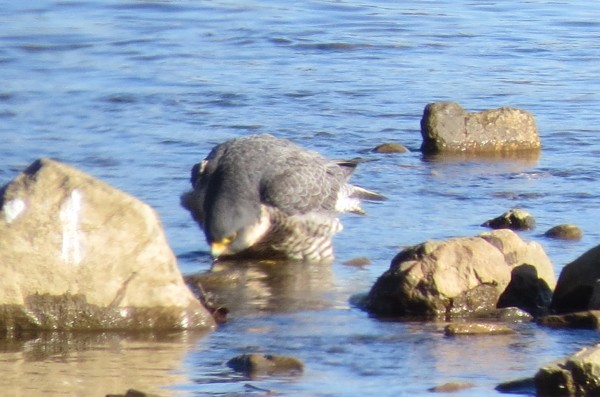 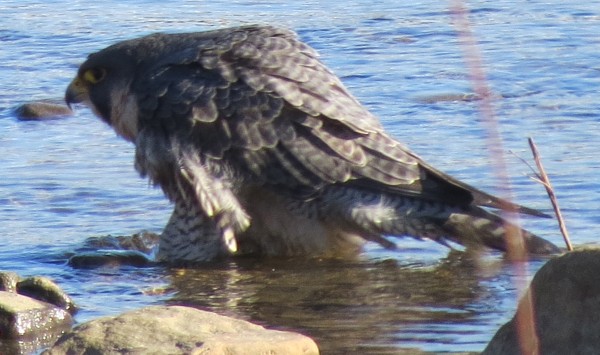 I was at home logging the 6,000 crows I counted over my house at dawn when I received her message so I drove down to Duck Hollow to take a look.  No peregrine in sight but there was a merlin in the river near the fisherman!

The fisherman left the water, the merlin flew to a dead snag overlooking the river, and my phone beeped with another message from Michelle saying the peregrine had flown upriver after 20 minutes in the water.

I looked at the snag again.  The merlin was gone, a kestrel was standing in its place, and the merlin was in the river taking a bath.  Michelle came back from the trail and I showed her the other two birds.

Here’s the merlin bathing. Quite a different bird! 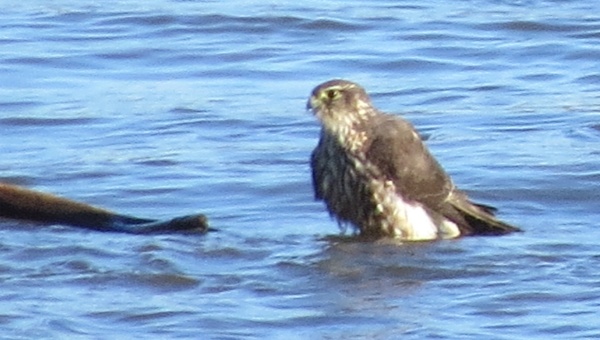 And then the merlin left… 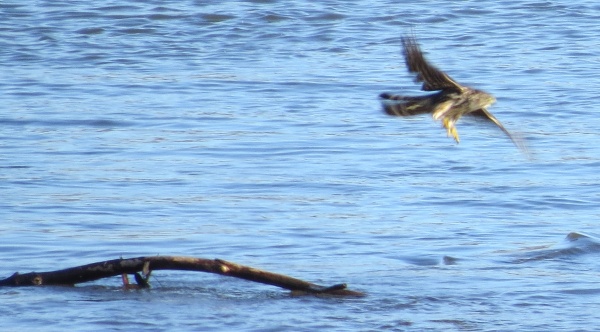 I wish I’d been there earlier.  In Pittsburgh there are only three possible falcons — American kestrel, merlin and peregrine falcon — and Michelle saw all three within half an hour.  A Falcon Sweep!   Her sightings were added to the Pittsburgh Christmas Bird Count.

p.s. One of Michelle’s photos showed the peregrines’ bands. The USFW band is pinkish and shows ‘160’ or ‘760’ (right leg, left side of photo). The color band (left leg, right side of photo) is black/green and the black seems to end in ‘5’. Who might this be? 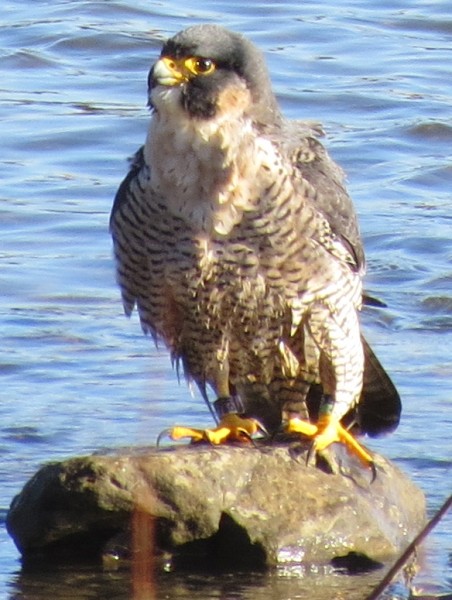 Dorothy, the matriarch at the University of Pittsburgh nest, has a pinkish USFW band with the number 1807-77607. Her black/green band is 5/*A.   Hmmmmm!

11 thoughts on “Take Me To The River”