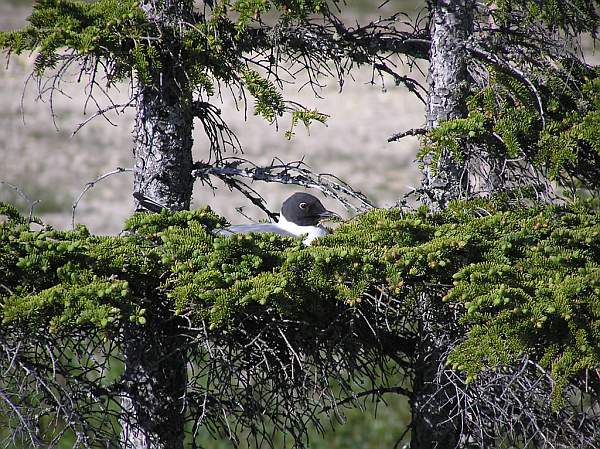 Wrong!  There’s one gull species in North America, migrating through western Pennsylvania this week, that nests in trees.

Bonaparte’s gulls seem to lead double lives.  In the winter they’re just like any other gull on the coast, loafing near humans on the beach and skimming the ocean to catch small fish.  Their beautiful moth-like flight sets them apart but otherwise they’re unremarkable.  In winter they look like this: 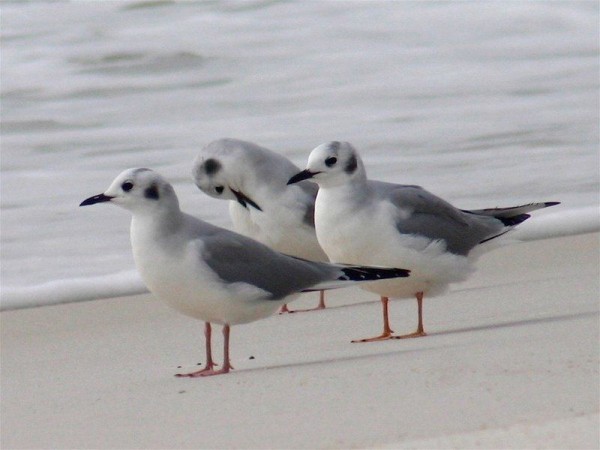 In the spring they molt into sharp black, gray and white breeding plumage. 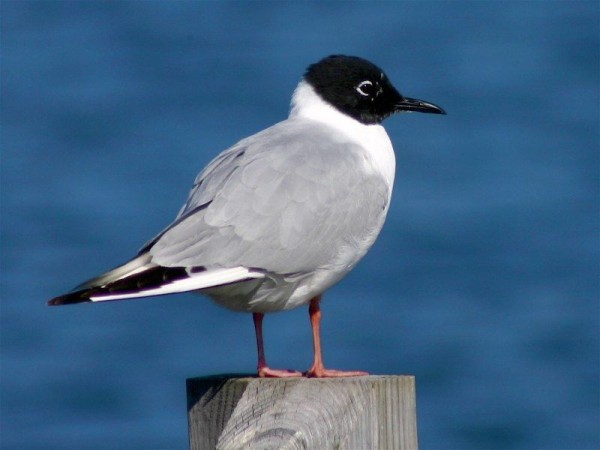 But even before their heads turn black they migrate north, passing through Pittsburgh along the Ohio River.  Their peak numbers often occur on the same day every year, April 10 at Dashields Dam.

When the Bonaparte’s get home to the boreal forest they eat insects on the wing, build their nests in conifers, and become so secretive that they’re hard to find.  That’s the other half of their double lives.

Here come the “Bonnies.”  They’re heading for the trees.

4 thoughts on “The Gull That Nests in Trees”

Leave a Reply to The Wild Sow Cancel reply