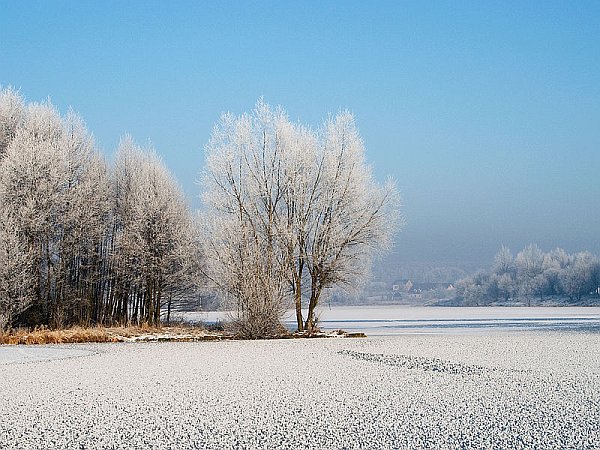 While we brace for 150F this morning and moan that it’s 300F below normal in Pittsburgh, it’s important to look at the bright side.

Last winter’s “polar vortex” put a real dent in invasive insect populations.  It reduced the hemlock woolly adelgid population in the eastern U.S. and completely wiped out adelgids in some of the infected stands in Cook Forest.  It also killed emerald ash borers and stink bugs.

This one-to-two day cold snap won’t seriously reduce invasive insects but it may zap a few bugs caught unexpectedly outside their lairs.  Every little bit helps.

And one more thought in case you aren’t convinced.  There are no poisonous snakes in Alaska and very few in Canada and northern-border U.S. states.

(photo from Wikimedia Commons, Creative Commons license. Click on the image to see the original)

p.s.  It also reduces human pests.  No one’s “partying” in the park across the street from my house.

3 thoughts on “Winter Is A Great Pest Control System”