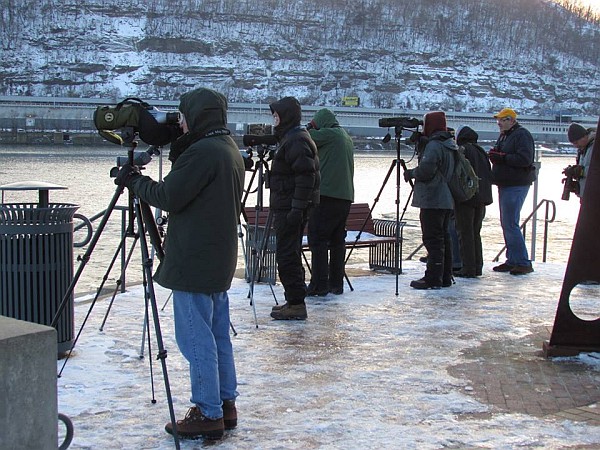 On icy winter afternoons, just before sunset, intrepid birders gather at Pittsburgh’s Point where the Allegheny and Monongahela Rivers form the Ohio.  Dressed in their warmest clothes they stand around on the ice gazing through their scopes and cameras.  On January 31, Tim Vechter was among them and took these pictures. 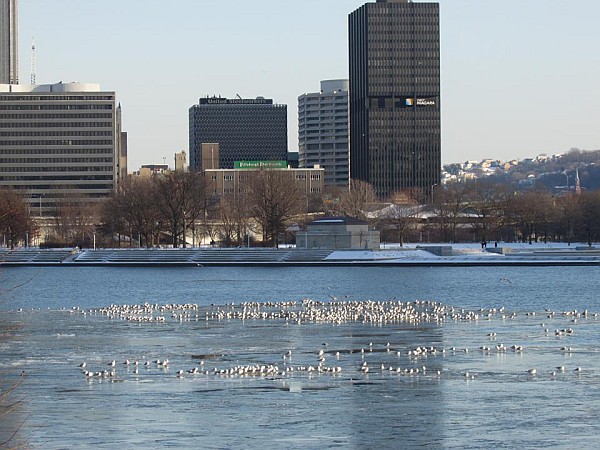 While the weather is icy, the gulls stay in Pittsburgh.

Each evening the flock starts small.  Birders wait and watch as the gulls gather. Among the thousands of ring-billed and hundreds of herring gulls there’s bound to be a couple of rare birds from the Arctic. 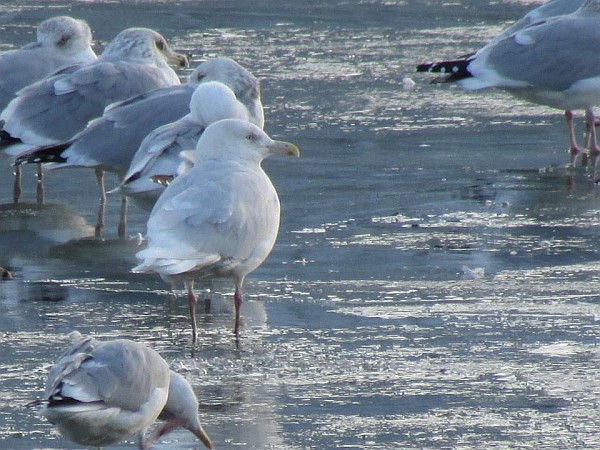 As night falls the flock grows. 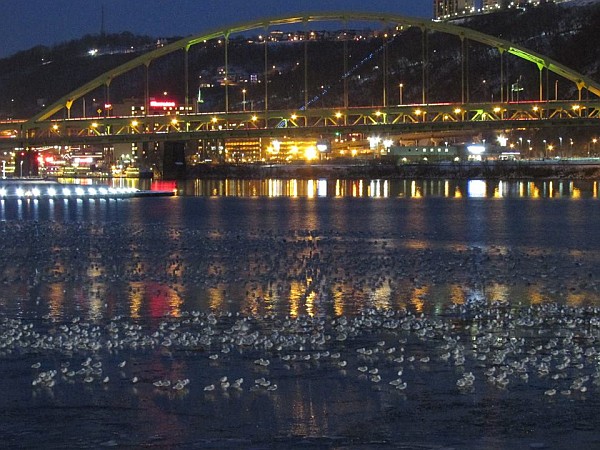 But soon they’re too hard to see.

1 thought on “Whatcha Lookin’ At?”