Dolphins are very intelligent and engage in many kinds of play. Robin Agarwal photographed their antics while on a pelagic tour in Monterey Bay on 30 November 2022. For instance …

The northern right whale dolphin (Lissodelphis borealis) in mid-leap, above, looks super sleek because he has no dorsal fin. 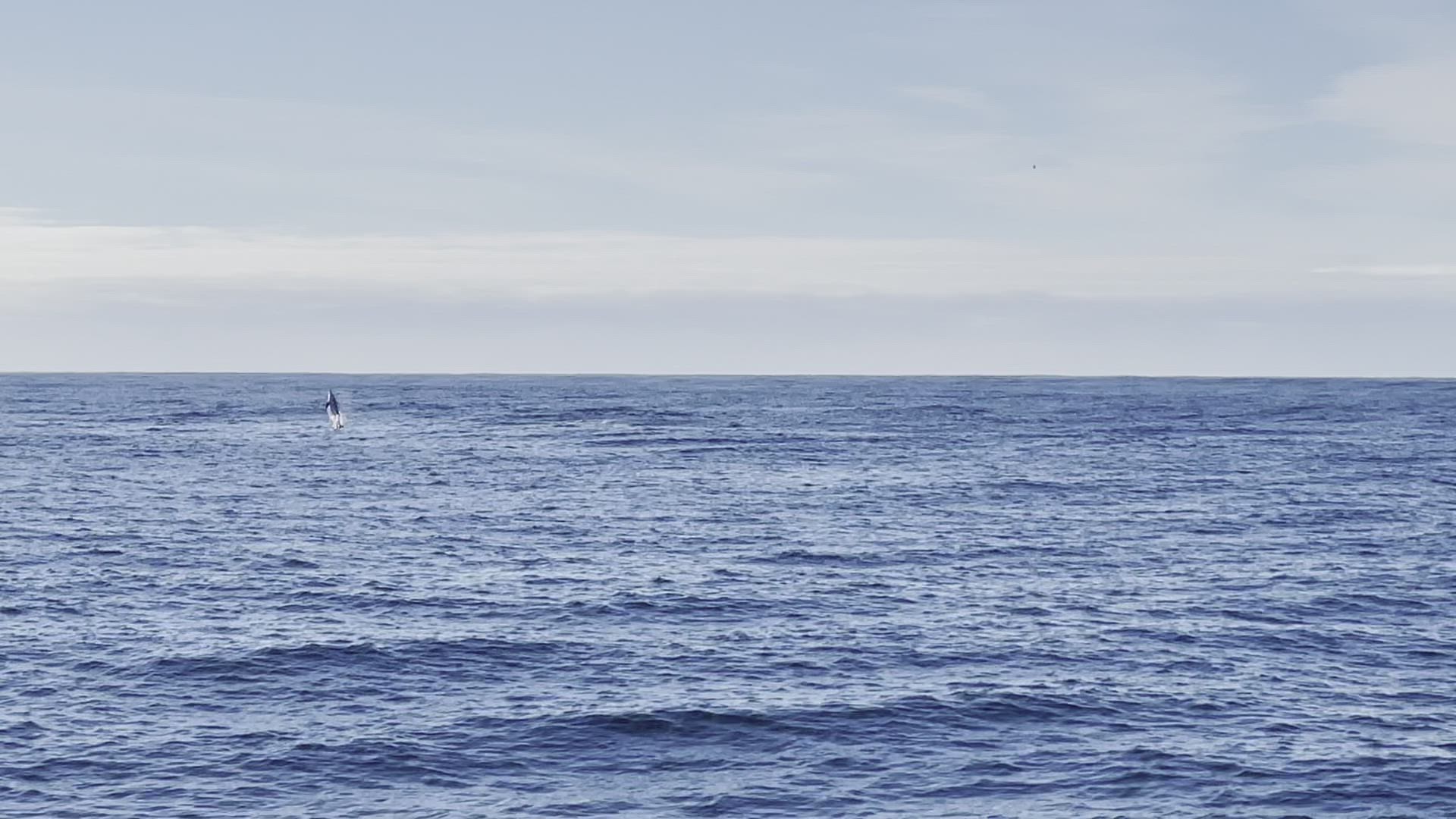 Here’s a calmer view of this species (Lagenorhynchus obliquidens) with a cape of bubbles from his spout.

Another favorite dolphin game is to ride the pressure wave at the front of a fast moving boat. Called “bow riding,” the bow wave pushes dolphins fast forward without any flapping on their part.

Dolphins like this game so much that they rushed toward the whale watch boat. Robin Agarwal says of this photo, “Pacific White-sided Dolphins and Northern Right Whale Dolphins stampeding towards the boat to bow ride – my favorite sight in the world.”

Here they are bow riding with an “unusual swirl color morph” among them. 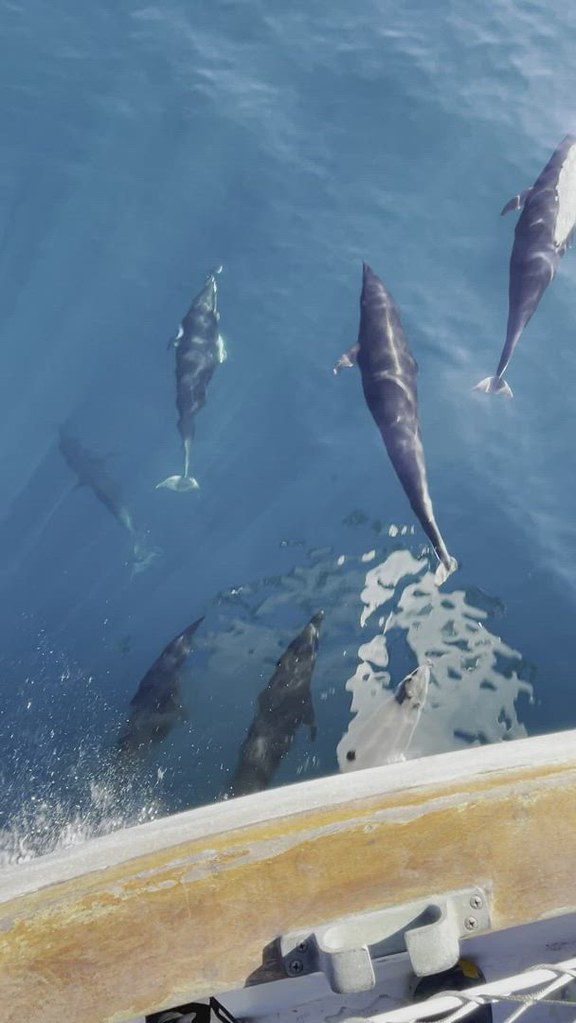 Check out the great photos by Robin Gwen Agarwal on Flickr.