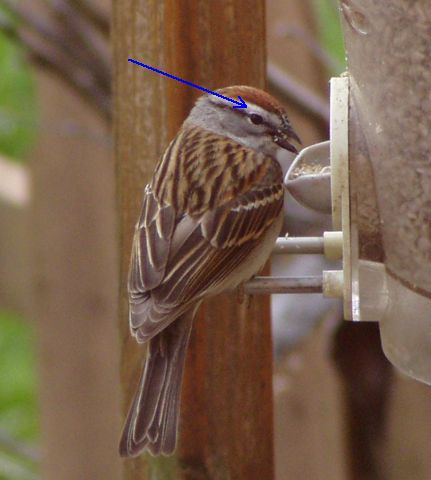 Today’s anatomy lesson is about eyebrows.

The supercilium, sometimes called the bird’s eyebrow, literally means “above the eyelid.”  It’s a set of facial feathers which extend above the eye from the bird’s beak to the back of its head.

Often this feature is light colored and, on some birds, it doesn’t extend all the way to the back of the head.  In any case, it’s an important field mark and quite useful when identifying sparrows.