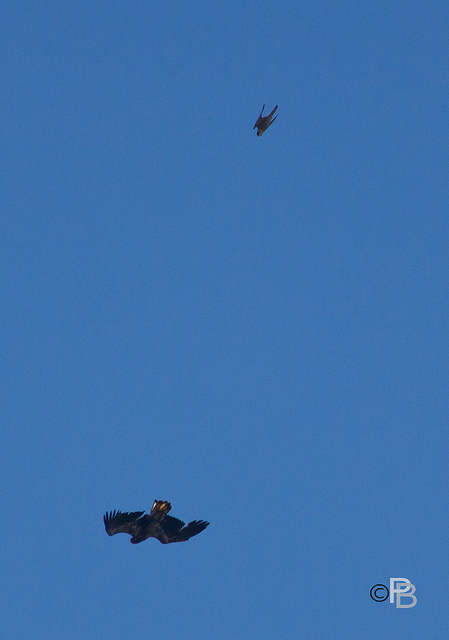 If you live on the coast you probably see bald eagles all the time but here in Pittsburgh it’s astonishing to see one in the city, especially in June, especially at the University of Pittsburgh a mile from the Monongahela River.

So imagine our amazement at the Pitt Peregrine Fledge Watch yesterday when an immature bald eagle appeared over Schenley Plaza riding a thermal. 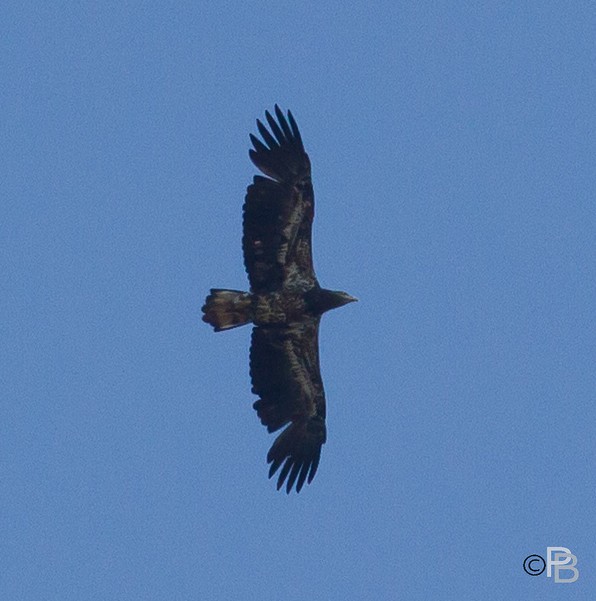 Everybody had just focused their binoculars on the eagle and I was explaining why it didn’t have a white head and tail (they don’t turn white until the eagle matures at age four to five) when … Bang!  A peregrine came out of nowhere and attacked him. 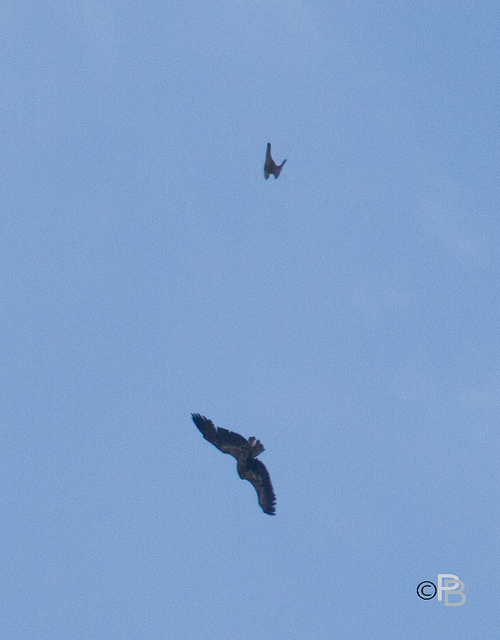 It was the eagle’s turn to be astonished.  Dorothy zoomed up and dove again. Bang!  “Stay away from my babies!”

The eagle tried to lose altitude to get out of her way but he maneuvered like a C-130 cargo plane versus Dorothy, the fighter jet.

She was relentless, fast and dangerous.  The eagle flipped upside down to show his talons, hoping to fend her off, but he made a mistake.  He kept flying toward the Cathedral of Learning where Dorothy’s three youngsters waited and watched. 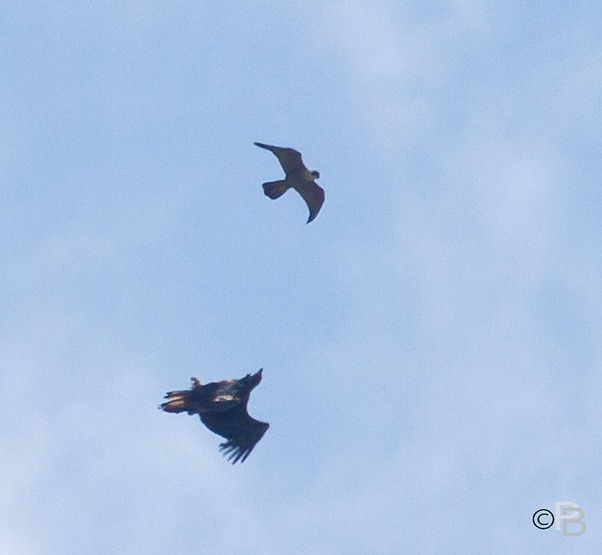 Again and again she dove on him, driving him past the Cathedral of Learning toward Downtown.  “Move it, buddy!” 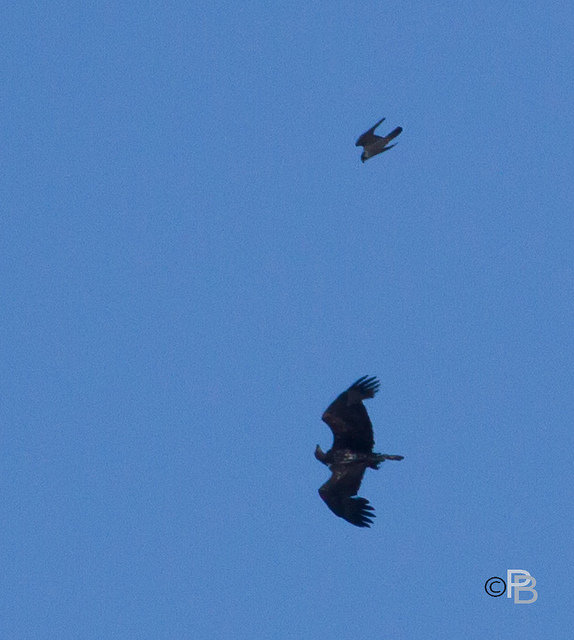 Just before they disappeared she came close for good measure. 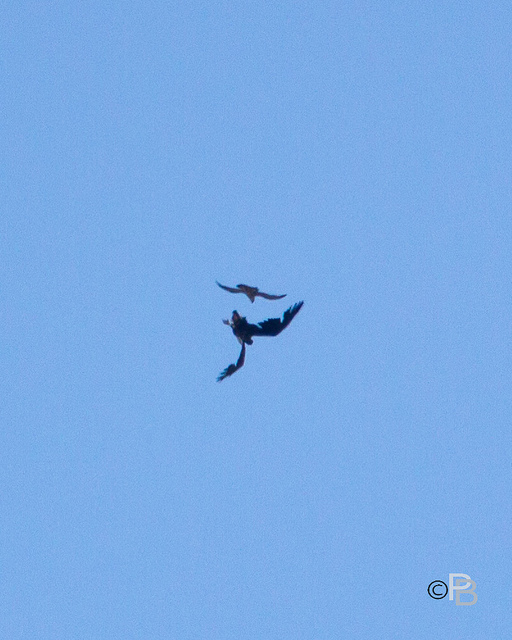 Dorothy returned to the Cathedral of Learning, victorious.

It was all in a day’s work for a mother peregrine falcon.  Go, Dorothy!

24 thoughts on “Peregrine versus Bald Eagle … Guess Who Wins”