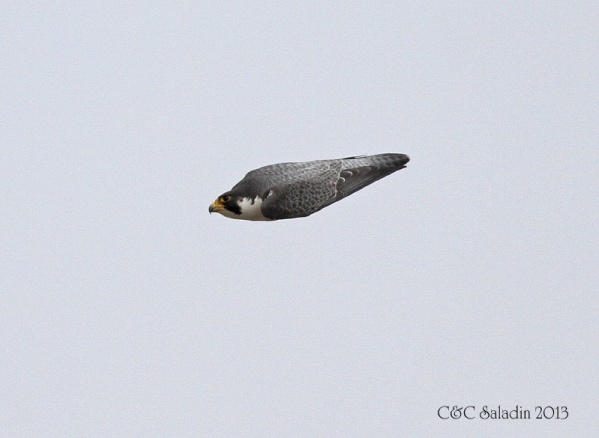 Peregrines are famous for speed when diving on their avian prey.  The dive was named a “stoop” because the word means “to bend the head or body downward and forward.”

The stoop is amazing in many ways:

Here are three examples of diving peregrines, thanks to Chad+Chris Saladin.

Above, Mo is tucked into an arrow shape in Canton, Ohio.

Below, Rocky at Cuyahoga Valley National Park shows how peregrines hold their wings slightly open at the shoulder.  If he was going faster his shape would be more angular. 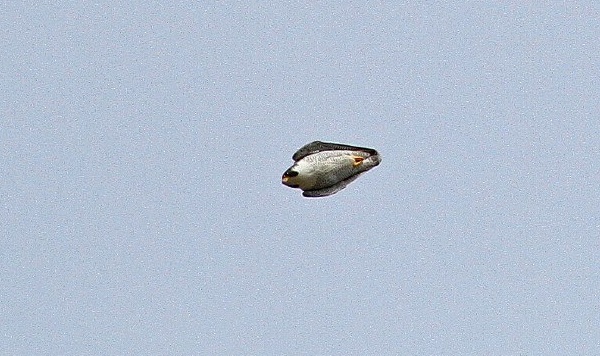 And finally, Dorothy and E2’s son Henry shows off his flying prowess at Tower East in Shaker Heights, Ohio.   His angle of attack is dramatic but he’s not traveling so fast that he has to tuck in his wings. 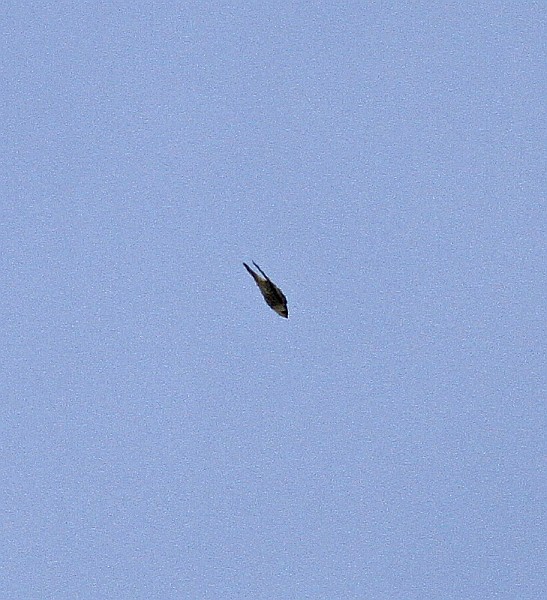 He stoops and conquers.

(photos by Chad+Chris Saladin. Today’s Tenth Page is inspired by page 122 of Ornithology by Frank B. Gill.)

p.s.  She Stoops To Conquer is a play by Oliver Goldsmith first performed in 1773.

4 thoughts on “He Stoops To Conquer”