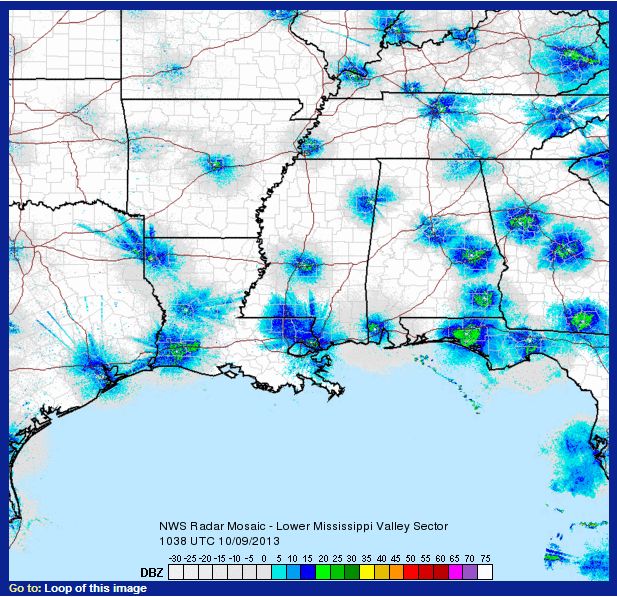 In one way this is very old news.  In another way it’s sadly up-to-date.

In the early days of radar surveillance, scientists learned that those mysterious blobs on the screen in spring and fall were flocks of night-migrating birds.  In 1965, as part of his graduate study at Louisiana State University, Dr. Sidney A. Gauthreaux, Jr. studied spring migration using radar images at Lake Charles and New Orleans along with his own on-the-ground counts as birds flew past his light beam or the moon.

Twenty years later, the news said that songbirds had declined.  Gauthreaux wondered if this was evident on radar so he collected data from the same two sites and compared the images from good-weather migration nights in 1965-1967 to those in 1987-1989.  In only 20 years he could see that the number of migrating songbirds had declined by 50%.   Half the number of warblers, tanagers, hummingbirds, shorebirds, flycatchers and thrushes made the trip.

That was 24 years ago.  It has only gotten worse.  I don’t know of a recent radar comparison (was there one comparing the 1980’s to 2000’s?) but our ground-based counts show that birds such as the king rail, cerulean warbler and olive-sided flycatcher are in dangerous decline now.  Just last month the eastern red knot was proposed for Endangered Species protection by US Fish and Wildlife.

Meanwhile, it seems ironic that so many people are becoming interested in birds while birds are becoming scarce, but it’s a good thing too.  The more of us that care about birds, the more likely we’ll learn what they need and work to insure their future.

(screenshot of NOAA weather radar, 9 Oct 2013, 6:38am EDT. Click on the image to see the current radar page.  Today’s Tenth Page is inspired by page 278 of Ornithology by Frank B. Gill.)

p.s.  This NOAA image shows the radar stations that were part of Dr. Gauthreaux’s study.   On Wednesday morning the weather concentrated migrants east of the Mississippi as they approached the Gulf Coast.