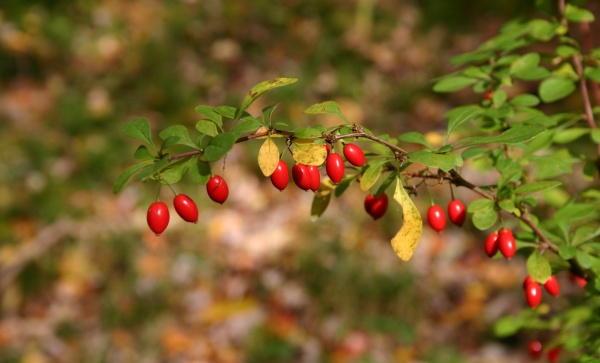 I remember these little red fruits from my childhood.  I used to pick the berries along my walk to elementary school and roll them between my fingers.  Firm, shiny, and somehow soothing.

Japanese barberry has a secret advantage over Pennsylvania’s native plants. Deer won’t eat it so it easily forms dense, thorny thickets.  But don’t plant it!  It’s a tick magnet.

The Adirondack Daily Enterprise wrote of this study: “Deer ticks are 67 percent more likely to be in areas infested with barberry than those areas that have native plants, and a higher percentage of ticks in infested areas carry the Lyme bacteria than those in areas that are barberry-free – 126 infected ticks per acre versus 10 per acre. When managers removed barberry plants, the number of ticks dropped up to 80 percent – a compelling outcome.”

So if you want to find deer ticks and Lyme disease, bushwhack through a barberry thicket.

The plant in this photograph was alone, growing by the side of a rail trail, but I found a tick on my pants after I took the photo.