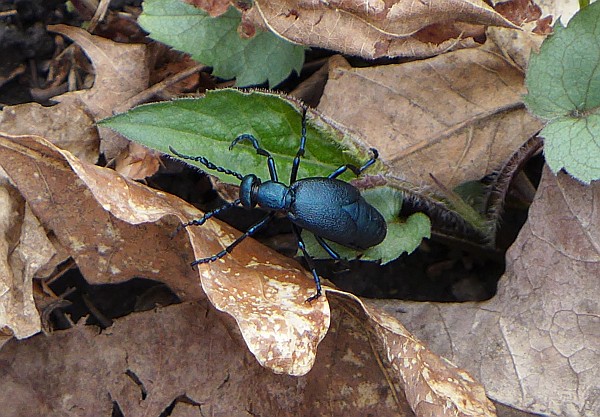 This indigo-colored beetle looks beautiful but I was careful not to touch him last Sunday at Linn Run State Park.  It’s a good thing I didn’t … and here’s why.

At an inch and a half long this beetle was hard to miss. Thirteen of us watched him walk on the leaves.  Loree Speedy suggested he was a Blister Beetle.

Wissahickon‘s bug expert, Monica Miller, confirmed he’s one of the many species of Oil Beetles (Melos) in the Blister Beetle family (Meloidae).  His true identity requires a coleopterist’s help but her guess is Meloe impressus.  (I like the idea that “This Meloe impressed us.”)

Blister Beetles earned their name because they excrete a poisonous chemical from their leg joints, cantharidin, that causes blisters on our skin. 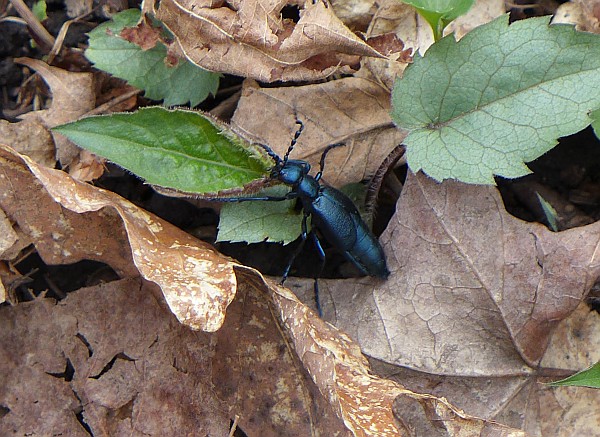 3 thoughts on “Look But Don’t Touch”