Did you know that, when threatened, this Eurasian woodpecker uses the same distraction display as a South American flycatcher? Though the birds aren’t related their similar behavior looks like convergent evolution.

Convergent evolution is when similar traits evolve in unrelated species because they’ve had to adapt to similar environments.

A classic example is the body shape of sharks and porpoises. Both have long streamlined bodies, dorsal fins and flippers because both must swim fast to catch underwater prey.

But sharks are fish and porpoises are mammals. They aren’t related.

Here’s another example of convergent appearance.

The eastern meadowlark of North America (a member of the blackbird family Icterid) and the yellow-throated longclaw of Africa (a member of the wagtail/pipit family Motacillidae) live in similar habitats on separate continents. Though strikingly similar they are not related.

So what do you think? Is the neck-turning behavior of the Eurasian wryneck (Jynx torquilla) …

… like the distraction display of the royal flycatcher (Onychorhynchus coronatus) of Central and South America? 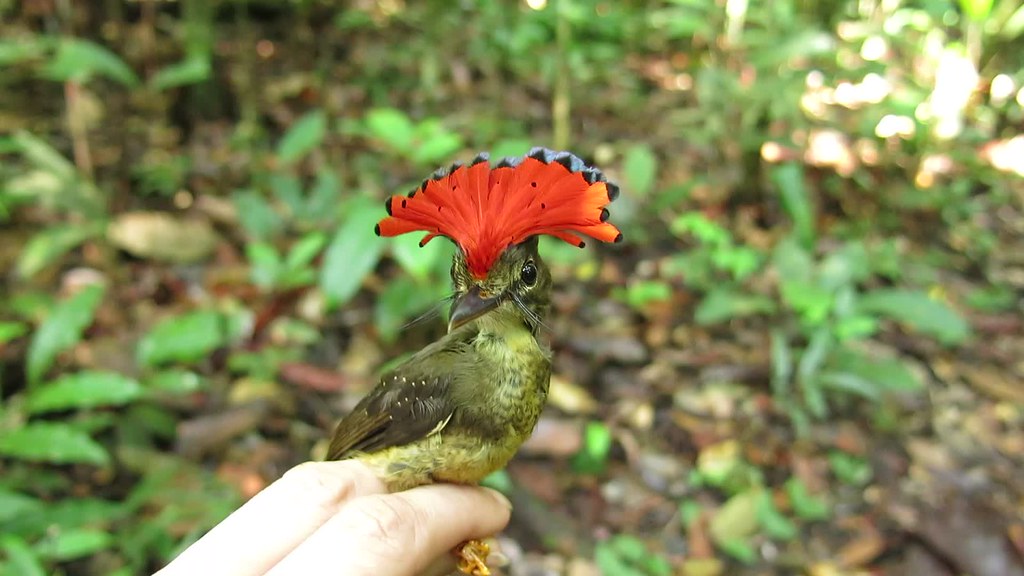 (Video courtesy of Cameron Rutt via Flickr; see more about this bird here).

While they’re unable to escape both birds twist their necks. Perhaps the goal is to mesmerize the predator. It looks like convergent behavior to me.

p.s. See more examples of convergent evolution at this Univ of Texas link.

(photos from Wikimedia Commons. Videos by Anders Nielsen on YouTube and courtesy of Cameron Rutt on Flickr)