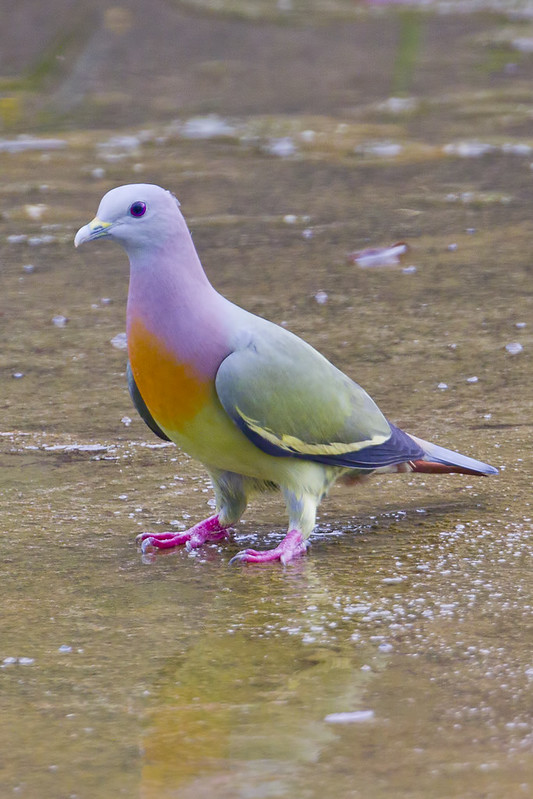 If our city pigeons were this beautiful, would we take them for granted?

The pink-necked green pigeon (Treron vernans), a native of Southeast Asia and Indonesia, is a fruit-eating forest bird well adapted to human landscapes. Graced with the colors of a pastel rainbow, the male is sometimes called the rainbow dove.

His mate is much plainer, mostly olive green 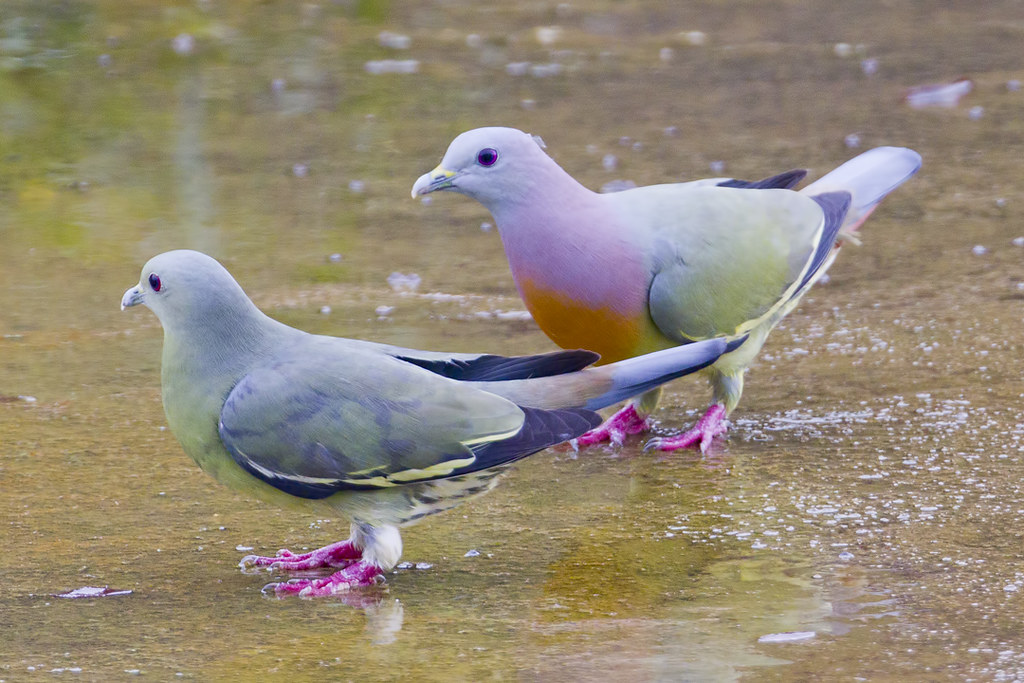 Despite the female’s camouflage, nesting safely is a challenge. When she sees a threat approaching she opens her wings to look larger but her display doesn’t scare off the male Asian koel (Eudynamys scolopaceus) who successfully steals her eggs. (Despite their appearance Asian koels are cuckoos, not crows.)

As for the pigeons, they will court and lay a new clutch very soon.

p.s. The photo at top has been making the rounds of social media without attribution. It took me a while to find the original location and photographer: Singapore, January 2012, by Chop Lip Mun. I have embedded his photos using Flickr’s sharing tool.

(photos by Chop Lip Mun embedded from Flickr, sound from Xeno Canto, pastel rainbow clipart from PNGITEM.com; click on the captions to see the originals)