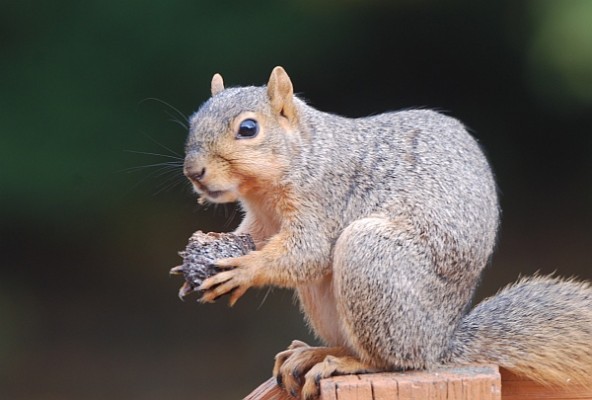 There’s a bumper crop of black walnuts in my neighborhood this month, so many that they’ve stained the sidewalk black.  They’re good to eat but how do you open them?

If you’re a human, you put on rubber gloves and safety glasses and hit the nuts with a hammer.  The first whack cracks the greenish-yellow husk that stains everything black, hence the gloves.

The husk is the easy part.  The shells are very, very hard to crack.  Some people suggest using a vise instead of a hammer to open the nuts but no matter what you do pieces of shell go flying, hence the safety glasses.

If you’re a squirrel you don’t have tools but you do have teeth.

Donna Foyle watched a fox squirrel open a black walnut outside her window.  The squirrels open peanuts in a flash but this black walnut took a long time.

The squirrel began by gnawing a hole on the side of the nut. 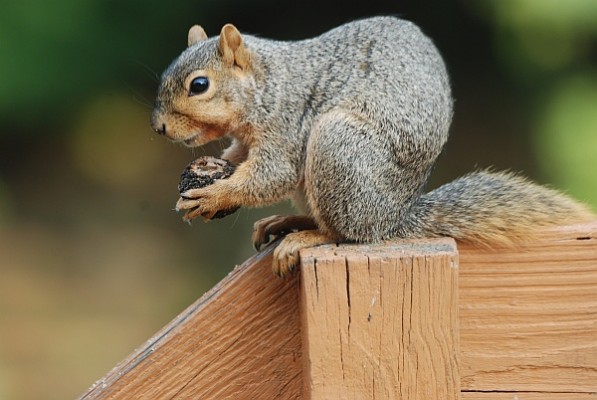 You can see he made the “sawdust” fly.  No goggles for him! 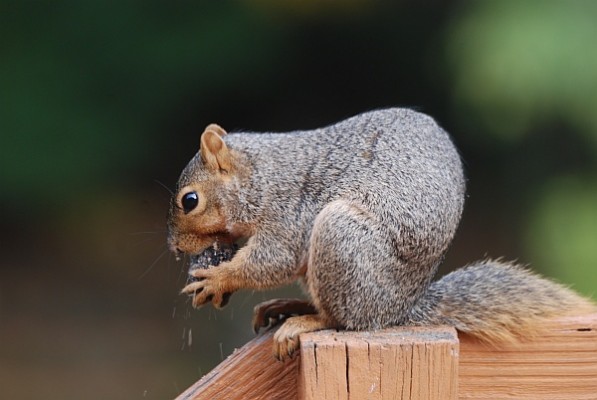 After 40 minutes he’d made real headway.  The hole was a bowl from which he ate the nutmeat. 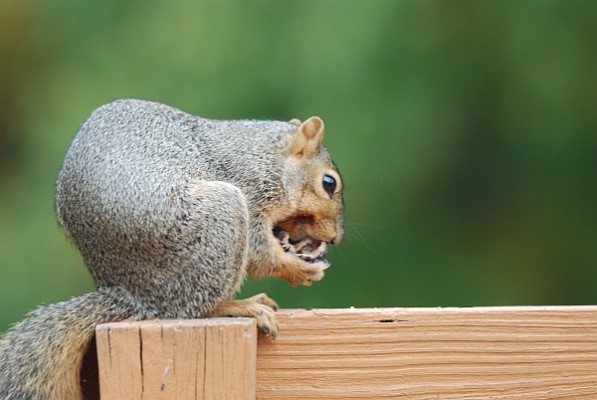 Did he save the rest for later?

The squirrels in my neighborhood are eating fewer and saving more, burying them in everyone’s mulch.

6 thoughts on “How To Open A Black Walnut”